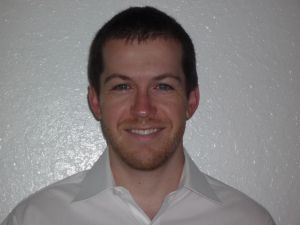 Ready to learn more about how I can help improve your team’s demo performance?

After a stint in management consulting, co-founding an online food services company, and then running a sports management firm, I was looking for a new challenge.  In 2005, I was hired to do a competitive analysis of the fairly nascent Enterprise Incentive Management (EIM) space (what would later become known as Sales Performance Management) for a potential start-up.  A year later, that same company, Varicent Software, would hire me as their first Presales Consultant.

Ever since, I have lived and breathed Presales as both an individual producer and team leader at Varicent, IBM and Blueprint Systems.

After several years as a top individual producer at Varicent, I was promoted to Presales Manager, implementing improvements in delivery, training and demo assets.  In 2012, IBM bought Varicent, tripling the size of my team, and adding Sales Enablement to my set of responsibilities.  Training our core group’s Presales and sales teams was simple enough, but being responsible for IBM’s massive group of portfolio sellers and partner ecosystem, none of whom had experience in our space, taught me valuable lessons in how to deliver high impact training in limited time frames.

Increasingly today, demos are delivered by supplementary roles in the organization like Account Executives, Customer Service Reps, and even Developers.  Most of these folks have never received formal demo training of any kind, and if you’ve sat through their demos, you’ve probably been disappointed.  Listening to spray and pray, feature-focused, generic, monotone and randomly meandering demos with no qualification or discovery isn’t fun, or effective, for anyone.  But there’s a better way… with Presales Mastery.

Join the thousands of sellers, customer service reps, and others who have improved their demo performance with Presales Mastery